Hopefully, we are all distressed by the recent fighting in Israel. Every life, Arab, Israeli, Muslim and Jewish, is precious to God, and the deaths there from the conflict are indeed tragic.

The underlying issue, however, is spiritual. It’s not about missiles and bombs, or death and destruction. It’s about the promises of God, and the evil attempt to nullify them.

While the first promise of the land to the descendants of Abraham, Isaac and Jacob was given by God repeatedly in the Book of Genesis, it is restated numerous times throughout the Tanakh. It is further referenced in the New Testament. Clearly it is God’s will for the Jewish people to have Israel as their homeland.

Ever since the re-establishment of Israel as a sovereign nation back in 1948, there has been a concerted effort annihilate it. Arab leaders have openly promised to drive Israel into the sea.

It is not a new problem.

Ha Satan is always in opposition to the righteousness of God. As recorded in the Gospels of Matthew and Luke, he even tried to disqualify the mission of Jesus, tempting him to deny His Father. So has he also set his sights on the destruction of Israel.

The psalmist Asaph, who likely was a worshiper in the Holy Temple during King David’s time, wrote Psalm 83, which pictures this problem, showing it existed even in ancient days.

In a world where we are exposed to more secular influences than ever, even being bombarded with anti-faith messages, it is an increasingly difficult challenge to hold fast to God’s Word. Let’s face it, our flesh has enough trouble just reading the Word if we don’t allow the Holy Spirit to guide us. As Jesus explained in John 14:26, the Holy Spirit will teach us all things.

Galatians 5:17 tells us the flesh and the Spirit are constantly at odds, so it is our choice which one we follow. Reading the Bible using man’s logic, or a modern day world view, will run us into a brick wall.

Proverbs 3:5 admonishes us to trust the Lord, not our own understanding. That’s because the spiritual truth of God’s Word is beyond our natural ability to comprehend.

So how do we cope with the onslaught of society’s dismissal of the Bible?

First, we must acknowledge the Bible is either all true, or it isn’t true at all. If we pick and choose which parts we believe, there will be chaos. Obviously different people will have different ideas about which parts are true. The result is the Swiss Cheese version . . . it’s holey.

Now if we believe the Word is in fact true, then we must agree to hold it in authority even when we don’t like it, or when we are totally confused.

It reminds me of a message I heard years ago about trusting the instruments in the cockpit  of an airplane. Since there are a couple of private pilots in my family, this really caught my interest.

It is not unusual for aviators to be deceived by their flight senses. For example, they might feel like they’re descending when they’re actually ascending. That’s why pilots are trained to always rely on their instruments. Even when there seems to be a discrepancy, trust the instruments. Doing otherwise could have catastrophic results.

In addition to the Proverb quoted here, there are many, many other references to trusting the Lord throughout Scripture. That means trusting His Word. Even when our senses (or other external influences) doubt it, trust it like a pilot must trust his flight instruments.

Clearly, to trust in the Bible, we have to read it. Moreover, as we read, we must allow it to speak into our hearts. As noted earlier, spiritual truth is not the same as intellectual truth. Even the Apostles had trouble with that, asking Yeshua for deeper explanation of His sayings on a number of occasions.

In Romans 2:29, the Jewish Apostle Paul wrote about this issue. In part, he made the distinction that the truth was “. . . in the Spirit, not in the letter;” In other words, not an intellectual interpretation.

Furthermore, when we read the Word we need to filter it through Jesus. In Matthew 5:17, He explained the Hebrew Scriptures were indeed of God, but He would fulfill them. This of course is mind boggling, and requires us to apply spiritual understanding.

In Isaiah 55:11, God gave us a particularly powerful insight about the application of His Word. “But it shall accomplish what I please, and it shall prosper in the thing for which I sent it.” Again, this shows our own understanding is not the key.

Nevertheless, the Lord is calling us to believe Him, through His Word, like He called upon the children of Israel when they left Egypt during the Exodus. When they hit the Red Sea with the army of Pharaoh chasing them, they basically thought, “We’re all gonna die!”

But the Lord spoke through Moses in Exodus 14:13, “Do not be afraid. Stand still, and see the salvation of the Lord.”

Let’s take God at His Word! 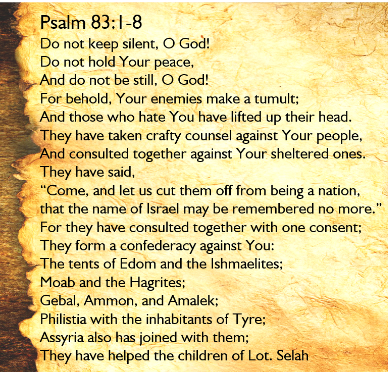 In the Psalm (see inset), Asaph writes about the conspiracy of the surrounding nations to not only defeat Israel, but obliterate it from the face of the earth. Using language which is astonishingly applicable to the modern day state of affairs, the Psalm calls out the aggressors as the forefathers of those seeking to do the same today.

Look, the Jewish people in Israel, especially the vast majority who have not yet accepted

Yeshua as Messiah, are not holy. But the land is (Zechariah 2:12). In fact, Jerusalem and Israel are the only places on earth God calls holy, and He deeded them to the descendants of Abraham, Isaac and Jacob.

Jesus had something to say about this. In Matthew 7:6, He proclaimed, “Do not give what is holy to the dogs.” In His day, the Gentiles were heathens, and were called dogs by the Jews. Therefore,  His wide sweeping statement included, don’t give the Holy Land of Israel to the heathens.

Furthermore, Messiah will return to Jerusalem to be welcomed by Jewish believers (Matthew 23:39).

Of course, Israel doesn’t do everything right - not even close. But the biblical mandate is specific. God wants Jewish people to inhabit Israel so His promises are fulfilled, even to the second coming of Yeshua.

Yet, let our prayers be from Psalm 122:6, “Shaalu shalom Yerushalayim, Pray for the peace of Jerusalem;” and Jeremiah 31:7, “O Lord, save your people the remnant of Israel.” 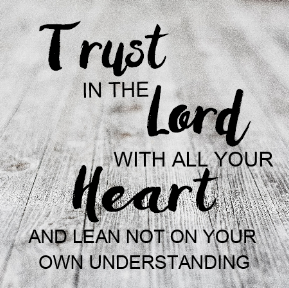 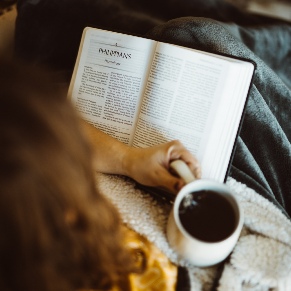 - The Inevitability of Dishes

- The waiter, Jesus, and a Rabbi

The Power of Shalom

At the recent National Religious Broadcasters Convention, finishing a nice chat with a pastor from Biloxi, Mississippi, as I often do I concluded with "Shalom." The pastor paused, took a deep breath, and said, "That word from you meant more to me than anything else at this convention."

While it sort of surprised me, I understood. The power of the word is biblical, and goes much deeper than its simple meaning of peace, a calmness, or the absence of conflict.

Indeed, Jewish people, especially those in Israel, use shalom as both an hello and goodbye. The response may be shalom, shalom, as in may you have peace on the inside as well as the outside, or a double portion of peace.

Another common use is shalom aleichem, meaning peace be unto you. The response is aleichem shalom, unto you be peace.

To get the fullness of the word shalom, however, we must recognize it's Hebrew root, shalam. It carries an understanding of completeness, restoration, making something whole. It pictures the all consuming blessing of God’s Hand upon us. This interpretation brings profoundness to many Scriptures.

Millions of believers have prayed according to Psalm 122:6, "Shalu shalom Yerushlayim, Pray for the peace of Jerusalem." If shalom simply means peace, that's great. It suggests no more terrorism, fighting or wars. But is God referring to a peace treaty? Does He respect a piece of paper that burns, signed by two liars?

By applying the depth of meaning to shalom, it calls for a completeness in Israel - a spiritual reality which can come only through faith in Yeshua our Messiah.

One of the prophetic names of Messiah given by Isaiah (9:6) was Sar Shalom, Prince of Peace. Clearly that title reflects His ultimate  mission to bring salvation to the inhabitants of God’s Holy Land.

The Aaronic Blessing from Numbers 6:24-26 (which we wrote about late last year) is the Lord's pronouncement over the children of Israel. It ends with Shalom, May He grant you peace. The interesting issue with the use of shalom is the logistics of that time. Numbers 6 places Israel in the midst of armed conflict with the heathen nations on its way to the promised land.

These battles were commanded by God, so the peace offered in the blessing probably did not imply the peace of no conflict. Surely, our heavenly Father was posturing Israel for the completeness He desired for them in the land. Again, this became an available reality upon the death and resurrection of Messiah.

Another evidence of the importance of the fullness of the meaning of shalom can be found in 2 Thessalonians 3:16. The Jewish Apostle Paul was closing his letter to the Greeks in Thessalonica as he wrote, “Now may the Lord of peace Himself give you peace always in every way.”

Since the word for peace in Greek has a more singular emphasis on having rest, it appears Paul was looking to expand the meaning to match the Hebrew. By saying peace in every way, he was including that totality of shalom.

These are just a few examples of how the deep meaning of the word adds understanding to the Word of God. May its power speak to your heart.